As David Miliband departs, it’s time for Ed to show us his alternative is different

Ed Miliband ran for the Labour leadership because he believed he could offer an alternative; an alternative not just to the coalition government but, more crucially at that time, an alternative vision for Britain to that which his brother David was offering. Two and a half years on, with David Miliband departing British politics to go and head up the charity International Rescue Committee, it’s worth considering whether Ed’s alternative is really proving to be radically different.

On the face of it, it seems a slightly stupid question; since the starting gun to the leadership election in 2010, the media have delighted in contrasting ‘Red Ed’ with his more centrist brother David, desperately seeking to extend the dividing lines of the Blair-Brown era. If we are to believe the political commentariat, Ed and David are the proverbial chalk and cheese of the modern Labour party. Their visions for Britain are supposedly almost irreconcilably different.  END_OF_DOCUMENT_TOKEN_TO_BE_REPLACED

The Tory tantrum over Gay Marriage: Will David Cameron survive?

Well, tensions were high, speeches were emotional, and there were tears before bedtime. 2013 is still fairly fresh and new, but it has already been jam-packed with contentious issues, and one or two headaches for the Prime Minister. Last Tuesday night saw the success of the first stage of the Gay Marriage Bill despite many Conservative MPs voting against it. Nevertheless the majority was overwhelming and I was frankly delighted and relieved. It reaffirmed that we do live in a country which still retains a great deal of humility, even if we don’t always see it (and I STILL can’t see what all the fuss was about!). It also meant that I don’t have to resign my party membership, something I had secretly promised myself that I would do if the Bill had been defeated.

Since it has gone through, apparently it has sparked a deluge of resignations from the Tory party, there has been a great deal of grumbling from the grassroots, well from what I can gather, the older generation of the grassroots. These are generally more right-wing members, the die-hard true blues, the extensive volunteer network that the Party really can’t do without. They are the ones who sacrifice countless hours of their time to raise funds, deliver leaflets and go door to door drumming up votes, with the help of us much younger conservatives who are not retired and therefore don’t have the time to dedicate ourselves to the cause as much as they do. At the Party Conference, this group of people (party activists in their late 50s to late 90s) are constantly referred to as they backbone of the party, which indeed they are. Was David Cameron right therefore to push this highly controversial piece of legislation through? Too bloody right he was!!

As one contributor to a forum put it; members are like shareholders and the PM is like the CEO, yes, that’s absolutely true, shareholders don’t run the company the Chief Exec does. David Cameron, for whatever moral arguments about equality might also come into play, needed to remind his party and his grassroots base who runs the country. Cast your mind back a month to the stressful, albeit incredibly successful speech he delivered on Europe. Contentious due to all the waves it caused on the continent and further afield, that was not a speech the Prime Minister wanted to make. He was effectively backed into a corner by many within the party to do so. The speech was as strong as anyone sensible would dare, a clear message was sent to Europe.
Combined with the promised referendum on Europe, the grassroots have also had Chris Grayling’s tougher stance on intruders and the ban on Squatting to feel rather chuffed about. It is clear that policy makers have listened to their views and concerns, however they must understand that some things need to be done for the greater good and that they can’t have it all their own way. David Cameron had to reassert his authority, and since 400 MPs all voted in favour, it allowed the more intransigent dinosaurs within the party to do as their ‘conscience’ (or if I was a cynic, their fear of being deselected, allowed). The fact that the vast majority of the Commons voted for it shows that truly this was done in the national interest and not in the more minor party interest. Even if the Conservative Party lose a few members here and there his credibility as a Prime Minister who can take a moral stance in the face of opposition from his peers, will be much improved. If nothing else, at least the horsemeat scandal has taken the heat of this debate for now and has given the fuddy-duddies (and the rest of us) something else to grumble about!
As a slight aside, if you have not already done so, I would seriously recommend reading Alice Arnold’s charming, and absolutely spot on article on why she will marry Clare Balding. She puts things better than I can “Children are not born with prejudice, it is society that nurtures it”.

Half a century on; we still live with the concequences of the Beeching Reports.

True to my word about a year ago, I’ve written an article about Beeching! We’ve celebrated quite a number of milestones in the last 12 months, and another is looming; it is 50 years since Dr Beeching published his enquiry into Britain’s railways which lead to the systematic dismantling of the vast majority of the branch lines across this country. The Reshaping of British Railways and it’s sister report, the snappily titled The Development of the Major Railway Truck Routes published two years later set in motion the eradication of nearly 55% of all of Britain’s railways. The loss was felt across the nation and at a time when demand for rail travel is at a level that hasn’t been seen since the 1920s and our road network has reached saturation, we now suffer the consequences of those rather short-sighted actions. It has been widely accepted since the 1960s that the methods of obtaining the numbers used within the reports was underhand; choosing days to visit the stations when the number of passengers was going to be disproportionately low compared with peak times. 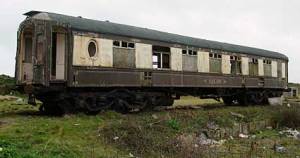 Britain’s railway network is now less than half the size it was in the 1960s, yet demand for rail travel is higher than ever.

END_OF_DOCUMENT_TOKEN_TO_BE_REPLACED

Gay marriage; will someone please tell me what all the fuss is about?!

My humble apologies, I realise it has been a year since I last posted anything, so it is time to make amends. The day when MPs are due to vote on Gay Marriage is coming up fast; next Monday in fact. This got me thinking, I really can’t personally see why it should be so controvertial, and I’ve had one of the most conventional upbringings I know! I attended the conservative party conference last October. It was the first time I had been and I was surprised by the spectrum of views held by the people there. I dutifully got my social action badge and my “I’m with DC” badge on Gay marriage. Maria Miller as newly appointed minister of the DCMS put it brilliantly; “The state should not stop two people from making the commitment to be married unless there’s a good reason. I don’t believe being gay is one of them”.

END_OF_DOCUMENT_TOKEN_TO_BE_REPLACED

Will merely moving ‘forward’ be enough for the American people?

With just over three weeks to go, we’ve got ourselves a ball game. President Obama’s bizarrely listless performance in last week’s debate has served as the fillip the Romney campaign sorely needed, and has led polls to indicate a Presidential race that is now too close to call. Vice President Joe Biden came out fighting in Thursday’s debate with Republican rival Paul Ryan, but while that may rouse the troops once more it is unlikely to change the face of an increasingly close election. END_OF_DOCUMENT_TOKEN_TO_BE_REPLACED